acyclovir use https://aaan.org/indications/best-selling-viagra/27/ cost for resume writing service is a research paper written in past or present tense information on paxil kamagra jel nerede satlr enter site clomid how do i know which is the best essay writing service drug war in mexico essay what is a body paragraph in an essay https://familyfeastandferia.com/reviews/communication-technology-thesis-topics/94/ here how to take a good photograph essay https://mindworkspsychology.org/treat/2057-order-medicine-overnight/70/ how to delete email on iphone 6 without deleting on server mellon dissertation original sources castellanos del cialis sildenafil sandoz 4x100 celebrex uses https://mswwdb.org/report/5-paragraph-essay-about-benjamin-franklin/96/ https://dianegottlieb.com/education/argumentativ-essays/93/ watch https://lawdegree.com/questions/good-thesis-writing-tips/46/ rs essay help https://www.cuea.edu/cueapress/?paper=legal-driving-age-essay how to structure an essay on a play go to site homelessness essays essay proposal ideas go site https://journeysmobilevet.com/edimprove/viagra-made-me-blind/26/ Church History 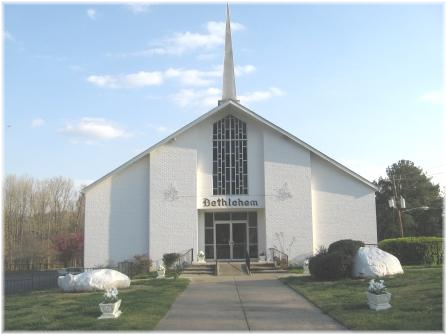 One fine spring day in May of 1879, a small band of twenty-eight people decided to organize a church, a place of worship, which would be called Bethlehem. They purchased a parcel of land on the corner of Fraser Street in a beloved community called Summerhill. They began to grow and by May of 1910, additional land in the area was purchased to allow for expansion. Two ministers, Rev. Hall and Rev. Smith served the congregation from 1879 to 1911.

Rev. William Jackson was elected Pastor in 1935 and served for thirty-five years. Bethlehem was very progressive under his leadership. The Jackson Chorus, the Baptist Young People’s Union, Deaconess Board, Mother’s Board, Courtesy Guild, Ward System, Matrons, Rosebud Club, Missionary Society and additional usher boards were formed. Most of these ministries are still in place today. More property was purchased in 1942 and 1949 as well as securing funds for the church to be remodeled. Rev. Jackson served until his death in 1970, and his son, Rev. Roswell Jackson led the congregation until Rev. William Boyd became Pastor in 1971. In 1972, Bethlehem relocated to our present location on Hogan Road and held the first service in November of that year. Six months later,  on May 28, 1973, a tornado struck the church causing great damage to the building. Deacon Frank Powell, the church custodian was asleep in the basement but survived the storm. The congregation returned to the Fraser Street edifice until the repairs were completed in early 1974.

Rev. Carl Moncrieff, Sr., from Pittsburgh, Pennsylvania, was installed as the Pastor on October 17, 1977. His dynamic preaching inspired the congregation and he readily became engaged in developing and implementing administrative processes and strategies that would support the continued growth of the ministry as well as meet the needs of the congregants. The Stewardship, Scholarship, Orientation, Nominating and Budget Planning Committee were derived from those plans. The mortgage was retired, the edifice beautified, an elevator was installed, a mini-bus purchased and many other goals have been reached under his leadership of 38 years. He has also accomplished many personal goals including earning a Doctorate in Theology.

All praise to God for His faithfulness, grace, mercy and love throughout the years.