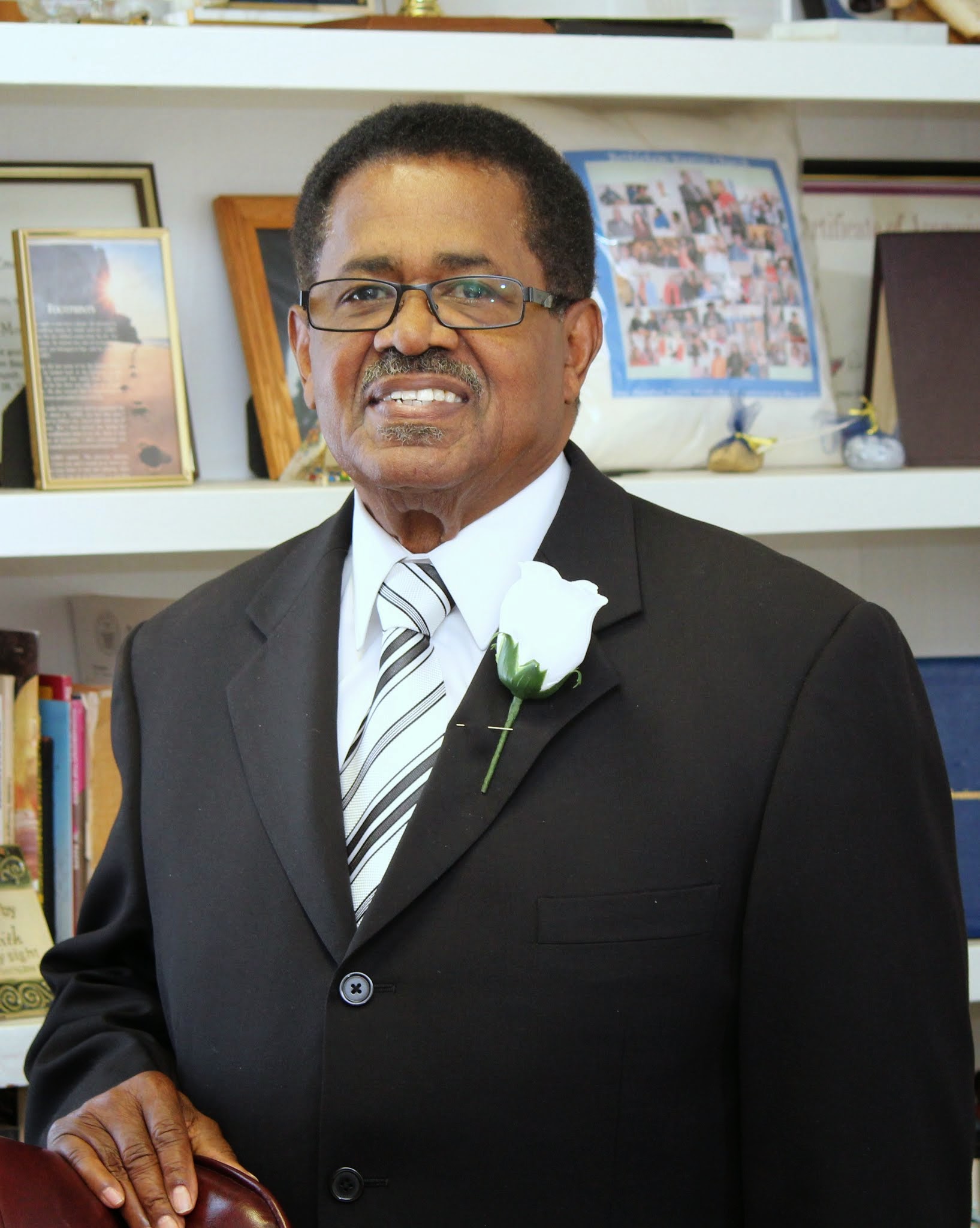 The Rev. Dr. Carl Henry Moncrieff, Sr., lovingly called – Pastor – heeded his call into the ministry at the tender age of ten. His father, The Reverend Willie James Moncrieff and his mother, Artegious, a community leader, lovingly nurtured Pastor Moncrieff’s calling. As the youngest of the family (he had an older brother and two older sisters), Pastor Moncrieff became the apple of his family’s eyes and was afforded many opportunities to expand his horizons, despite the family’s meager resources.

As a boy preacher, Pastor Moncrieff stood on a stool to preach to throngs of people who came to hear him and to be anointed by the healing hands of this child. To help him prepare for his sermons, his older sister would read Bible stories to him and Pastor Moncrieff soon learned to retell them with the fervor of the Holy Spirit, spinning the stories into dramatic, soul saving depictions of God’s power, leaving audiences breathless and awaiting more. As time passed,Pastor Moncrieff, whose family valued education and preparedness, completed high school and fell in love with his high school sweetheart, Louise Watson. After being accepted at the prestigious Morehouse College in Atlanta, Georgia, a prominent historically Black college for African-American men, Pastor Moncrieff left Pittsburgh.

Not long after, he returned to his home in Pittsburgh to marry Louise and return to Atlanta. It was during these years that he would accept the charge and challenge of being a husband, a father, and ultimately pastor of the Pilgrim Traveler’s Baptist Church in Atlanta. Later, he founded the St. Paul Missionary Baptist Church, also in Atlanta. Heeding the call to become the pastor of a church in Wilmerding, Pennsylvania, Rev. and Mrs. Moncrieff, with their four small children (Karen, Debbie, Carl Jr., and Diane) returned home to Pittsburgh.

While home in Pittsburgh, Rev. Moncrieff also served as pastor of the Goodhope Baptist Church. In 1977, Pastor Moncrieff accepted another call from the South – from Bethlehem Baptist Church in Atlanta, Georgia! To date, he has served over 30 years, providing leadership for which we are thankful and have been blessed.

Under his leadership, Bethlehem has accomplished many milestones, which includes:

Pastor Moncrieff and our First Lady, a Bible scholar and teacher in her own right, lead by example and show love and kindness to everyone. His sermons are sound inspirational lessons and guides that infuse hope and encouragement into the souls and minds of the congregation. Pastor is focused and faithful and continuously seeks ways to stay abreast of current teachings and practices to reach all members. Returning to the Morehouse School of Religion at the Interdenominational Theological Center (ITC)  in Atlanta, he received the Masters of Divinity Degree in 1991 and the Doctorate of Divinity Degree from United Theological Seminary  in 1994 at the age of 60. The Rev. Dr. Carl Henry Moncrieff, Sr. also received the Doctor of Humane Letters from Trinity College of the Bible Theological Seminary in Newburgh, Indiana.

We salute Dr. Moncrieff for accepting the call and keeping the charge and we embrace Mrs. Moncrieff and the entire first family for their role in the process and for sharing in his walk. We love him and are thankful for him. 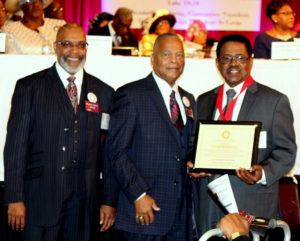 Pastor Moncrieff was honored at the 2016 GMBC State Convention on November 17, 2016 in Columbus Georgia for over 50 years of service in preaching the gospel of Jesus Christ.